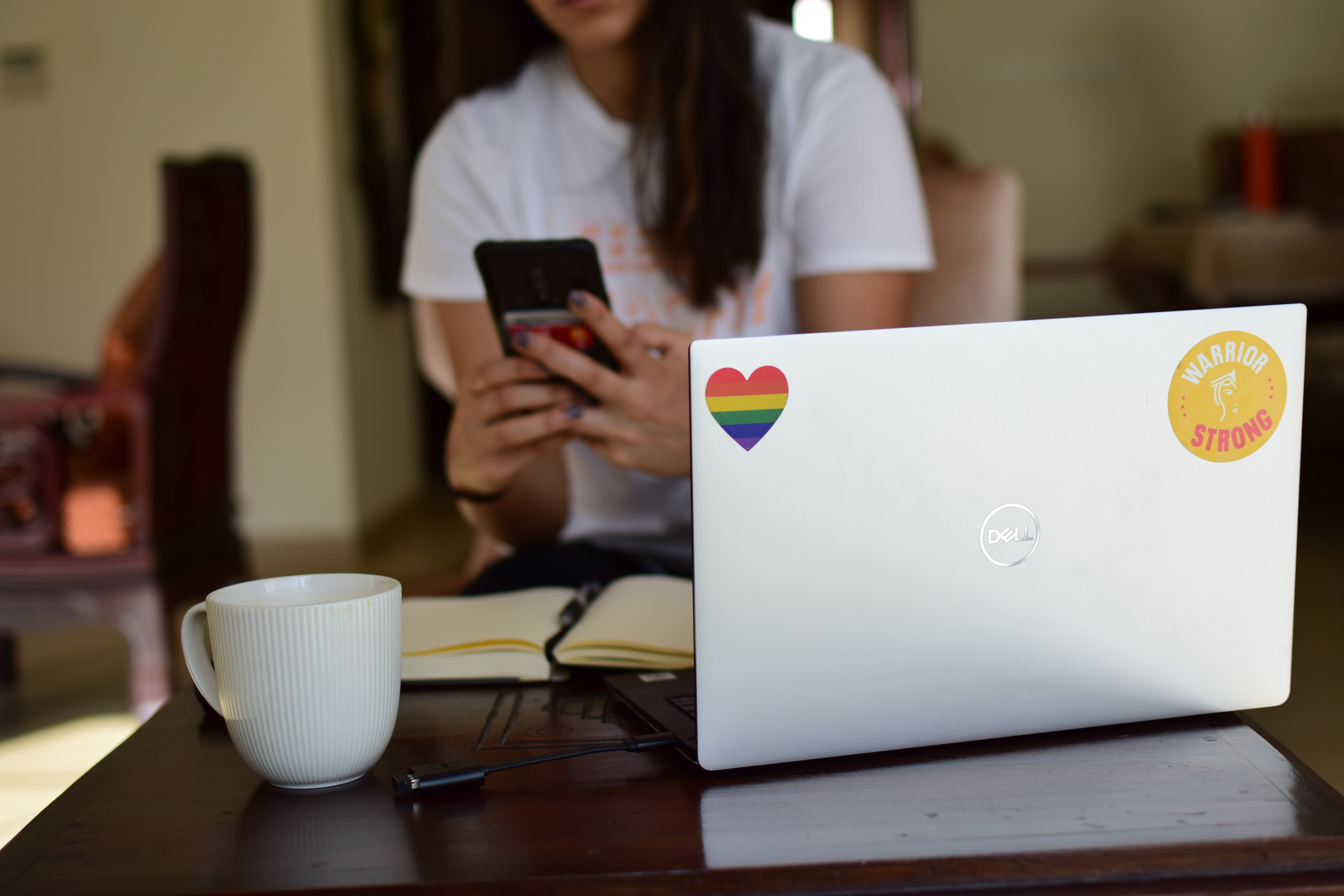 It's official. I've been back at grad school for 10 days (as of writing this blog post if not posting it) and I'm already inundated with readings, essays, presentations which doesn't even begin to include all the extra-curriculars and internships hunting activities we need to casually shoulder on the side. After an extended time off last semester (thank you 'rona), it feels even more intimidating to step into the fray and keep up with my never-ending to-do list.

But this year is different. This is the year I refuse to vacillate between stressful 14-hour days scrambling to finish a research paper due at 9am the next morning (a very specific example that may or may not have happened before), followed by listless weekends of just exhaustion, sleep and recovery.

PSA: Much like hangovers, 27 year old's don't do so well with all-nighter's or so I have discovered.

This is year I'm on top of my work. Nay, dare I say it, ahead with my work and to make that happen, I've adopted some basic and some unconventional tools, tips, tricks, what have you, to help me along.

If you've ever taken even a peak into the vast YouTube study/ productivity space, you would have come across the app Notion. Even with every youtuber & productivity guru out there raving about notion, I was a bit skeptical about this overly complicated looking system but I decided to give it a shot.

Unsurprisingly, I wasn't sold on the idea.

Initial learning curve aside, I tried to use it for my daily life admin tasks and found it too cumbersome to use and more time than it's worth. Notion doesn't have a quick notes capture feature making it too much of a faff to to open up the app, go to your tasks page, open up a table, tag a task as 'errands' or 'groceries' for something as simple as "remember to pick up bananas!". I tried to use it off and on for a couple of months but it really didn't stick.

But! All of this changed when I tried to use notion for organizing my grad student life and all the activities it entails from classes to internship applications and more!

I'm still playing around with my setup and extent of usage but my favourite part is the ability to organize with deadlines (previously: google calendar) and take digital notes (previously: One Note) all right there in one app. I can note take, set up a calendar, add reminders, start an internship database and much much more! It has changed the organization game for me and so far (I know it's early yet), I haven't missed a deadline or lost something in the deluge of my emails. Oh also, did I mention Notion is free?

It's a lot easier to understand everything notion has to offer by watching some introductory videos and working off of pre-made templates. UnJaded Jade's video & this template are tailored for school/college organization and are a great place to start.

2) Invest in a external monitor

This one is pretty self-explanatory but since 95% of life is in front of a screen now, instead of the odd 65% pre-pandemic, I decided to do my eyeballs a favour and invest in a relatively inexpensive external monitor. The set up works well even with my relatively small desk and work space.

Another YouTube discovery I accidentally stumbled across was the Animedoro method.  I don't have much to say about this one that Josh hasn't perfectly explained in his video but to summarize: if you're the kind of person that would prefer long satisfying breaks at the end of every study/ work session, give this method a shot.

It has help me adapt the infamous pomodoro method to better fit my own needs and get a lot more work done without feeling completely burned out. I don't always take a break at the end of 40 minutes or even an hour, sometimes I just get in the flow and keep going but having the option to take that 20 minutes break every hour has been motivating me to get started on work, even the difficult and complicated stuff I tend to put off.

And don't be put off if anime is not your cup of tea. While it is what initially drew me in (yes fellow nerd here, present), I've been using my 20 minute breaks for a lot of different activities like fun youtube videos, stretching, scrolling on social media, going for a walk, cooking up a storm or watching any other 20 minute sitcom episodes. Anything that fits into that 20 minute window works here, the world is your oyster!

4) Non-negotiable movement to close out my workday

In a world where we are all stuck at home, the days begin to blend together and before I know it, I've spend 14 hours staring at a computer screen and the sun has come and gone.

It's taken me years to built up an "exercise identity" and now it's just a non-negotiable part of my day, whether its a simple 10 minute stretch, or an hour of sweaty intense exercise. I feel sluggish, demotivated and simply ineffective at the rest of my work if I go too many days being cooped up indoors without seeing the sun and moving my body.

Not only is working out itself a great way to boost my productivity, but doing it at the end of a "workday" helps be draw a stark line between the intense work time and chill time, and get into the mood to unwind.

I am my most productive in the morning and daytime and prefer to save less brain power tasks - admin work, chores, workouts, etc. - for later in the evening. Even if you're a morning workout enthusiast, ending your work day with a little bit of gentle movement, a walk, yoga, stretching, is a great way to start your unwind routine and shut the door in your mind on work.

Put your phone away: the most basic productivity recommendation that everyone has heard one too many times. I've known this for a while too of course and tried to implement this in the past with limited success.

It turns out my brain and I were not on the same page. I would try to go the full cold turkey route where there is no social media allowed whatsoever during the daytime. Or I would just delete the apps altogether during finals. The problem with these methods is they're neither sustainable nor do they demonstrate any self-control or self-trust on my part.

The problem is the mindless scroll and wormhole you can't get sucked into if you're not consciously consuming content. [Despite being a self-respecting millennial, if you've caved and tried to get on TikTok at any point during this lockdown you know exactly what I'm talking about.]

To limit my usage, I still put my phone far far away during my 40 - 60 minute work periods but I've allowed myself the flexibility to choose to pick up my phone during breaks and spend some time on social media. Not on a whim, not because its close at hand, and not because I'm trying to avoid work but because I've dedicated time to it and I'm consciously choosing to do so.

Okay, so I'm organized, I've got my big screen and I've put away distractions. I'm all set up for success and still there are times, more often that I would like, when I just cannot for the life of me concentrate on work.

40-60 minutes seems like a lifetime (need more time to build up this muscle again), or at other times my new and improved all-digital life is just giving me a headache and I need a break from staring at a screen but I have to much work to get through to just stop altogether.

Enter: Holly's alternation technique where you work on one task for half an hour and switch to another task that uses a different side of your brain for the rest of the hour and just keep going. There's research to suggest that humans are not wired for multitasking but alternating between tasks after dedicating time to it for half an hour actual prevents my mind from wondering during the short bursts of time.

I've amended it for my own purposes to work between academic tasks and things I've dubbed "productive procrastination" including cleaning, cooking, chores, errands, anything I normally reach for when I want to feel productive but I'm really just avoiding that incredibly difficult paper coming due. Alternating between creative and more analytical work would work really well here as well.

I hope you found something new and helpful from this list or it gave some motivation to try new things to get organized and on top of things. Granted, I'm only a month in and still experimenting with all of the above. We will have to wait and see if they work out in the long-term or this is just the honeymoon phase.

Do you have any lifechanging tips of your own that your swear by? Let me know in the comments below.

Your fellow student in need